For years Apple was considered to be the underdog fighting against Big Brother Microsoft. They even had an ad which was titled 1984 based on this meme. (No prizes for guess who big brother was.)

Its founder, and till recently, leader, Steve Jobs was closely associated with the brand. How could you forget his launch of the iPad? Both the hype and tension, it was a masterclass. He was considered the very epitome of the anti-establishment- even to the way he looked and dressed over the years. However he refused to change his image as Apple grew. 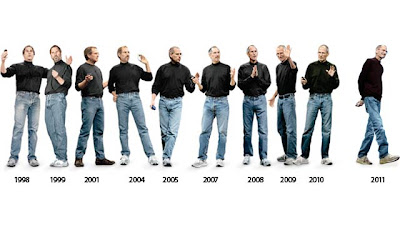 Of course that is fine, and I do note he has been seriously ill over recent times, but I have seen commentators say harsh things like “He looks like he just escaped from a homeless shelter”. Can you still be the anti-establishment underdog when you are the head of the biggest brand in the world, having just overtaken Google? Is it credible?

You don’t need to wear a suit and tie, the Google founders don’t, but doesn’t this decade old image make you think that Apple is still the underdog when it is really the leader? Do you get the impression that Steve Jobs is still working from his parent’s garage? 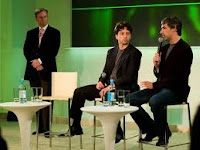 This is important because the underdog is always a bit of a risk. The leader is the safe choice. Being leader increases your market share. In the end, may have Steve Jobs maintenance of this image delayed the day when Apple would be considered safe?

May Your Business Be - As You Plan It.

Over to You. What do You Think? Post Your Comments Below.

Dr Greg Chapman is the Director of Empower Business Solutions and The Australian Business Coaching Club and is Australia's Leading Advisor on Emerging Businesses and provides Coaching and Consulting advice to Australian Small Business Owners in Marketing & Business Strategies Planning & Systems. He is also the author of The Five Pillars of Guaranteed Business Success and Price: How You Can Charge More Without Losing Sales.