Case Study: How to Transform a Business

Changing a business is not easy. The first step has to come from the owner. Hear how one client took his business from nowhere to receiving an award from the Governor General of Australia whilst increasing his prices by 400% in 12 months. In this podcast, Dr Greg Chapman interviews his client who explains how he transformed his business. 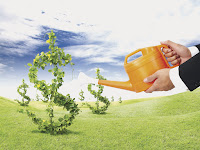 Sales should be considered as a process like any other key part of a business. It is in fact the most important part because without sales there is no business. This step in the Five Profit Driver Marketing Model converts the leads created with the First Profit Driver into sales.

At this point in the marketing process, the prospect has called you, they have walked into your store, or you have the appointment with them. While the types of sales processes can appear quite different in different businesses, every sale goes through seven steps. For different businesses, some steps might appear to be almost missed, while in others, there might be a very long time spent within a single step.

I’m sorry, I have to double my prices 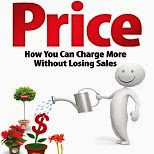 
That’s what a friend of mine said just recently to all his clients. Would you be brave enough to do that? And was this truly an act of bravery on his behalf? This is his story.

While this only happened a while ago, we have just become aware that Smart Company ranked this blog as one of Australia’s 20 BestBusiness Blogs for 2016. Thanks guys for the recognition.

May Your Business this Year be - As You Plan It.


Subscribe to this Blog to be notified about more Small Business news and tips as soon as they are posted.

Over to You. What do You Think? Post Your Comments Below. [Note to those seeking a free ride on our google ranking, blog spam will be deleted, but genuine contributions will be happily approved.]

Dr Greg Chapman is the Director of Empower Business Solutions and is Australia's Lea ding Advisor on Emerging Businesses and provides Coaching and Consulting advice to Australian Small Business Owners in Marketing & Business Strategies Planning & Systems. He is also the author of The Five Pillars of Guaranteed Business Success and Price: How You Can Charge More Without Losing Sales.


If you have websites, you will no doubt be contacted daily by someone who will promise they will put you at the top of Google with their Search Engine Optimisation services. In fact if I don’t receive several offers a day, I think my email must have stopped working! But does SEO still work?

Because it wants to make more money, Google has decided that it wants to make it harder for your website to get a free ride in the organic search listings when you are trying to attract new business, so you will spend money with them with Adwords. (Fancy a business wanting to reduce freeloaders and make more money.) So Google has increased the number of ads it puts on a page and made them a little more difficult to distinguish from organic searches while cracking down on some SEO techniques that used to work.
More...

May You Business Be - As You Plan It!

Subscribe to this Blog for more Small Business news and tips.

To send this article to a friend, click on the envelope below.
Posted by Unknown at 1:27 pm 0 comments

Daddy, where do jobs come from- Big Business or Small? 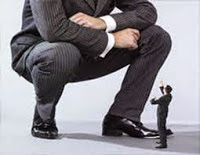 
While the media tend to ignore small business, politicians of both major parties will say that small business is the growth engine of the economy, although organising them to support their policies is like trying to herd cats. Even so, with 47% of private sector employees producing 30% of our GDP, together they are a powerful force in our economy.

When a big business such as an auto manufacturer shuts down, it makes big headlines with union bosses, who have been sabotaging the company’s profitability and ability to manage for years, complain how unfair it is and demand government intervention to protect jobs and even bigger handouts. Unfortunately several thousand jobs will go when this happens, and just as importantly small business suppliers are also hit.

While big businesses such as car manufacturers receive billions of dollars, with taxpayer support for each auto job of around $50,000, small business owners have to manage on their own. Suppliers to failing big businesses have to innovate and seek other markets for their skills to survive. They won’t get handouts.

Ad of the Month – Showing Off 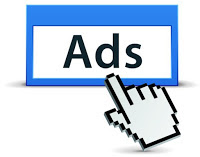 Advertising agencies crave attention. (Who would have thought it!) So they try to win awards. These awards assume that the entrants are real ads, and the ad must have been shown somewhere, but that bar is pretty low. So what if none of their paid ads really reveal their talents, constrained as they usually are by their clients’ demands? Then they create an ad showing off with a product which you can’t buy, and probably don’t want. 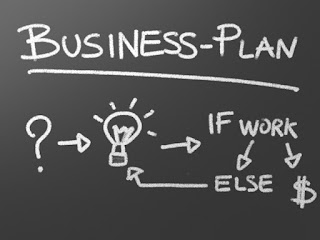 Owners avoid writing out a business plan because they believe it will take a long time for little benefit. But what if you could create your own plan in an hour and have a simple process with which to update it? Dr Greg Chapman shows you how.

What marketing strategy are you going to use to communicate with your customers and entice them to contact you? There are really only four types of enquiry generation marketing strategies.
Read more »
Posted by Unknown at 6:49 am 0 comments