The Value of Your Big New Business Idea 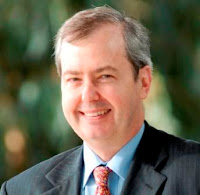 Back in the early eighties, I worked for a year in the US for another company. Whilst there, I noticed that they had home delivered pizza. This was especially great in the winter when there was snow on the ground and I did not want to go out. It was when I first heard the Domino’s pizza slogan – delivered in 30 minutes, or its free!

This service was so taken for granted, that they talked of those dreaded areas in town which were pizza delivery no-man’s lands- outside the delivery area for any pizza shop. You wouldn’t want to buy a house there!

So what has this to do with great business ideas? This was before the time there were any pizza home delivery stores in Australia. They didn’t exist. So I came up with the idea that pizza home delivery would work in Australia… if only I knew how to implement such a scheme. I was sure this idea was worth a lot of money. Then I came back to Australia, but what do you think I did next? If you said nothing, you would be absolutely right. At that time, I had no idea how to implement such an idea, and there was no way I was going to quit a well paid job to risk everything on this great idea. Clearly there was one big impediment for me: I was not convinced that I had the ability to make this idea work. It was safer for me to keep on doing what I had always done. It was about 3 years later, Dino’s pizza home delivery started in Australia, which grew to be a national franchise which was within a few years sold for millions. I had the idea 3 years before Dino’s started up. I had a first mover advantage, except for one thing…. I didn’t move! You can’t patent an idea. Someone else can have the same idea.

So how much is your great new business idea worth?

Nothing unless you do something with it. Prove the concept works. Set up a pronto franchise or a pilot. Once you prove the concept works, then the people with money will come along. People with money to invest in business are inundated with opportunities, and they would not invest in one without a track record, except with their own efforts and resources because that way they can capture most the value.

If you aren’t prepared to invest in your own idea, why should anyone else?

May Your Business this Year be - As You Plan It.

Subscribe to this Blog to be notified about more Small Business news and tips as soon as they are posted.

Share this article:The Value of Your Big New Business Idea

Over to You. What do You Think? Post Your Comments Below. [Note to those seeking a free ride on our google ranking, blog spam will be deleted, but genuine contributions will be happily approved.]

Dr Greg Chapman is the Director of Empower Business Solutions and is Australia's Lea ding Advisor on Emerging Businesses and provides Coaching and Consulting advice to Australian Small Business Owners in Marketing & Business Strategies Planning & Systems. He is also the author of The Five Pillars of Guaranteed Business Success and Price: How You Can Charge More Without Losing Sales.