The Small Business Sales Person had No Clothes

The story is so common. A business’ sales are down, so they hire a sales person. After a couple of months with little or nothing to show for their efforts, they let the sales person go. Was the sales person not up to it? In my experience, it is usually not their fault.

In most cases, the owner has done little more than explain what their products are, and given the new sales person a list of names for the person to contact. In many cases, cold calling potential buyers who probably had just seen off their competitor moments beforehand. What sort of reception do you expect them to receive?

One of the best ways to understand why someone should buy from you, and what are your points of difference, is to study the competition. What is it they are doing well, and what are they doing not so successfully?

The internet makes this very easy. You can see what the competition are telling the market place, although it is quite common that people have excellent offline marketing and have just thrown up a website as an afterthought. But if online marketing is an option for your business, and there are only a few for which this is not true, the very best in your sector will show you how it’s done.

Recently someone visited my website and downloaded the preview of my bestselling book- The Five Pillars of Guaranteed Business Success. This happens so frequently I really don’t pay much attention on a day to day basis to who is signing up. But this person immediately unsubscribed after downloading the book. Which had never happened before. It was a minute after the download- not enough time to read a 40 page preview. So I checked him out. It was one of my competition checking me out! More... 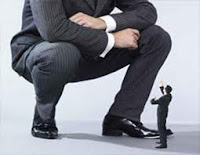 In the story of David and Goliath, young David challenged the mighty Goliath. King Saul wanted David to wear his armour so that he could fight Goliath in the traditional way. But David chose to forgo the armour, used a weapon of his choosing, and relied on his own speed, and was ultimately successful in slaying the giant Goliath.

Small business owners viewing the Goliaths of their industry slugging it out using all the marketing weaponry in their well stocked armoury, can be daunted by the battles raging around them. And if they choose to fight them with the same weapons, they have much to fear. For large businesses, economies of scale is their most potent weapon. A very powerful weapon. But like Goliath, their strengths are also their weaknesses.

Ad of the Month - Reverse Engineered 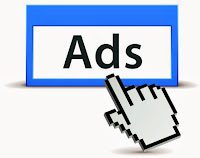 If your product is an input where the final outcome is multiple steps away, your contribution to the ultimate benefit could be lost to potential buyers.

In this ad, we start from the outcome and work backwards to the advertiser’s input, making clear how they contributed to the ultimate benefit.